Considered the biggest plastic pyramid in the world, the giant installation weighs 7,500kg and is composed of 225,000 bottles, all of which were picked out of the Nile by local fishermen. 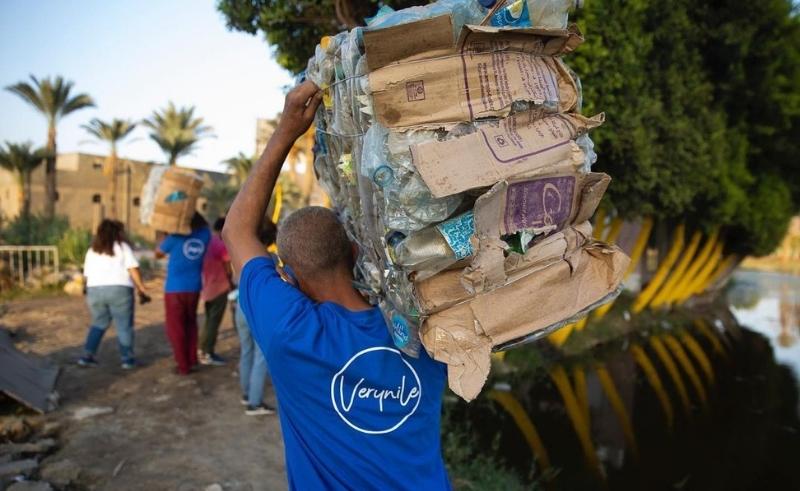 made entirely out of upcycled plastic bottles as part of their environmental awareness efforts for World Clean-Up Day on September 17th.

Considered the biggest plastic pyramid in the world, the giant installation weighs 7,500kg and is composed of 225,000 bottles, all of which were collected from the Nile by Egyptian fishermen.

“We’re trying to showcase what happens when we collect plastic everyday,” VeryNile’s Farah Abdel Baki tells CairoScene. “The bottles were accumulated over only 45 days. Egypt is one of the biggest contributors to plastic waste in the Mediterranean, which of course is unfortunate. However, because it’s through one channel, the Nile, that means we can control it.”

The pyramid is located at Ahimsa, and hopes to create a stark contrast between the hazards of plastic pollution and the majesty of the Nile river. The construction process utilizes all waste materials, with the plastic bottles eventually turned into textiles and yarn to be incorporated into VeryNile’s upcycled products.

The pyramid will also be a backdrop to a series of awareness activities happening on World Clean-Up Day, including a ‘Play By The Pyramid’ event with kayaking, painting, pottery, upcycling workshops, and of course a group clean-up of the Nile.